Difference between revisions of "Critique of current design"

This is how the site looks on a 1024x768 monitor with the browser set to maximised (full screen). 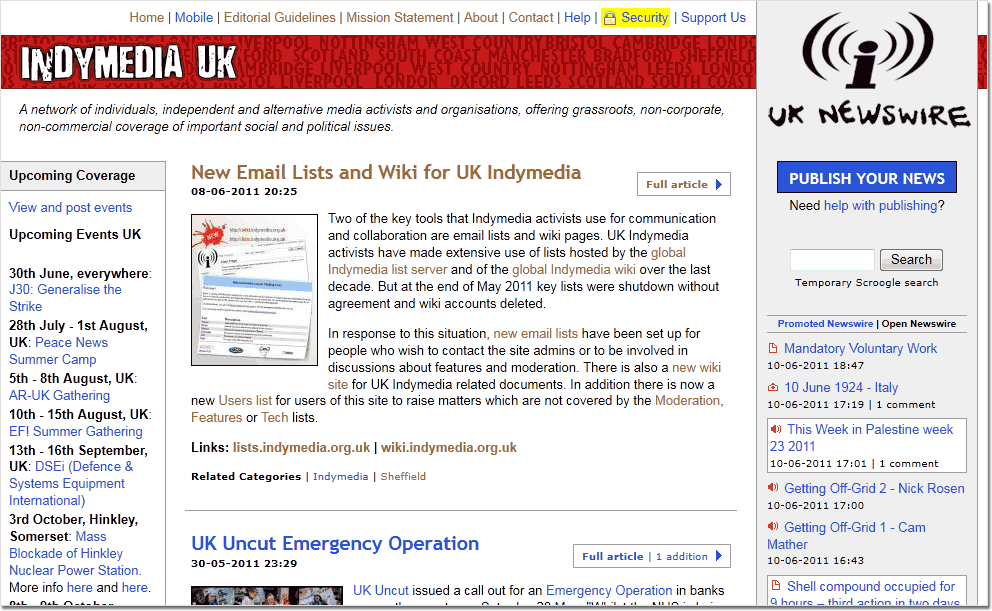 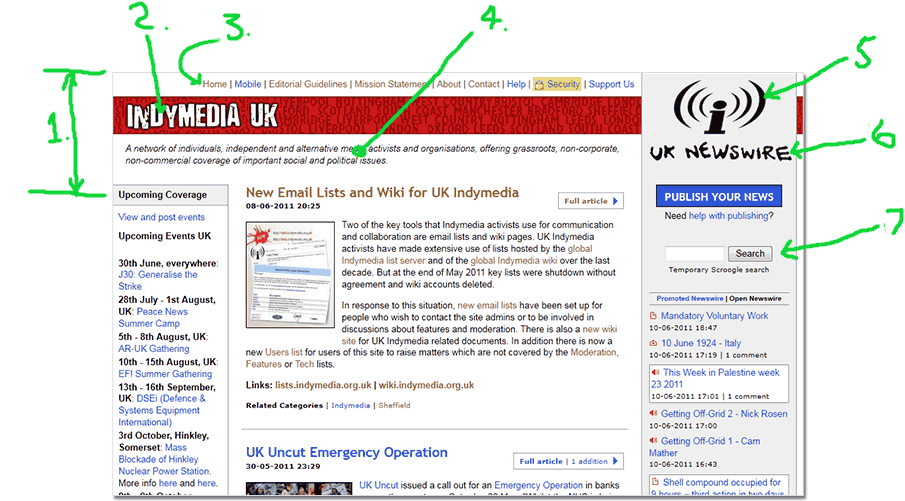 Here is a version addressing stuff above. This is uncoloured, mostly unstyled (apart from choice of fonts) so just for layout only. Most of the changes below could be made with the CSS only (apart from the menu and search box, which are moved here).

Some Comments on a New Version

Looks good, the large grey space at the top left could do with being filled with something, perhaps a montage of images or an image or perhaps a selection of recent images?

At the top of the newswire the text "The Newswire" would be better as just "Newswire"?