Difference between revisions of "Sheffield/Crisis of Civilization"

The Crisis of Civilization

The Crisis Civilization is a documentary feature film investigating how global crises like ecological disaster, financial meltdown, dwindling oil reserves, terrorism and food shortages are converging symptoms of a single, failed global system. Proving that 'another world' is not merely possible, but on its way.

The film is now available to watch online and download via bittorrent. 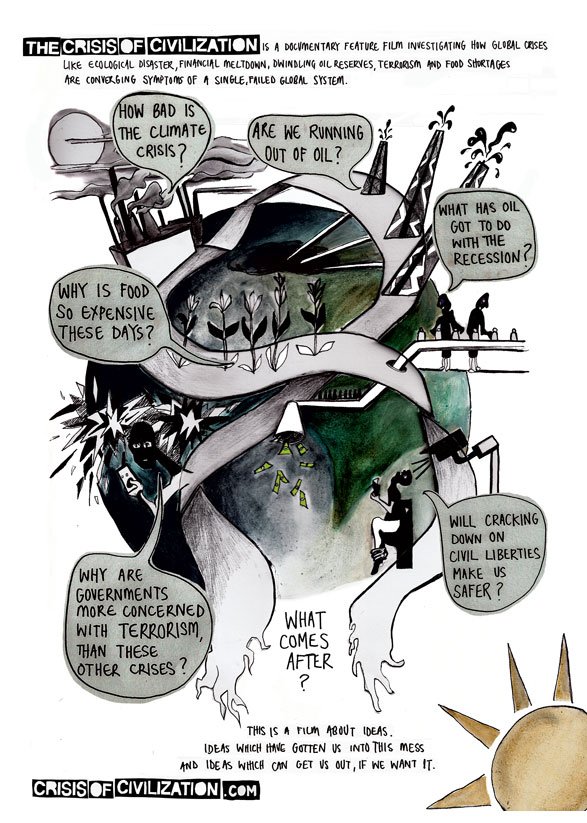