We will be adding yet more screenings as they are confirmed, so keep an eye out for further details! 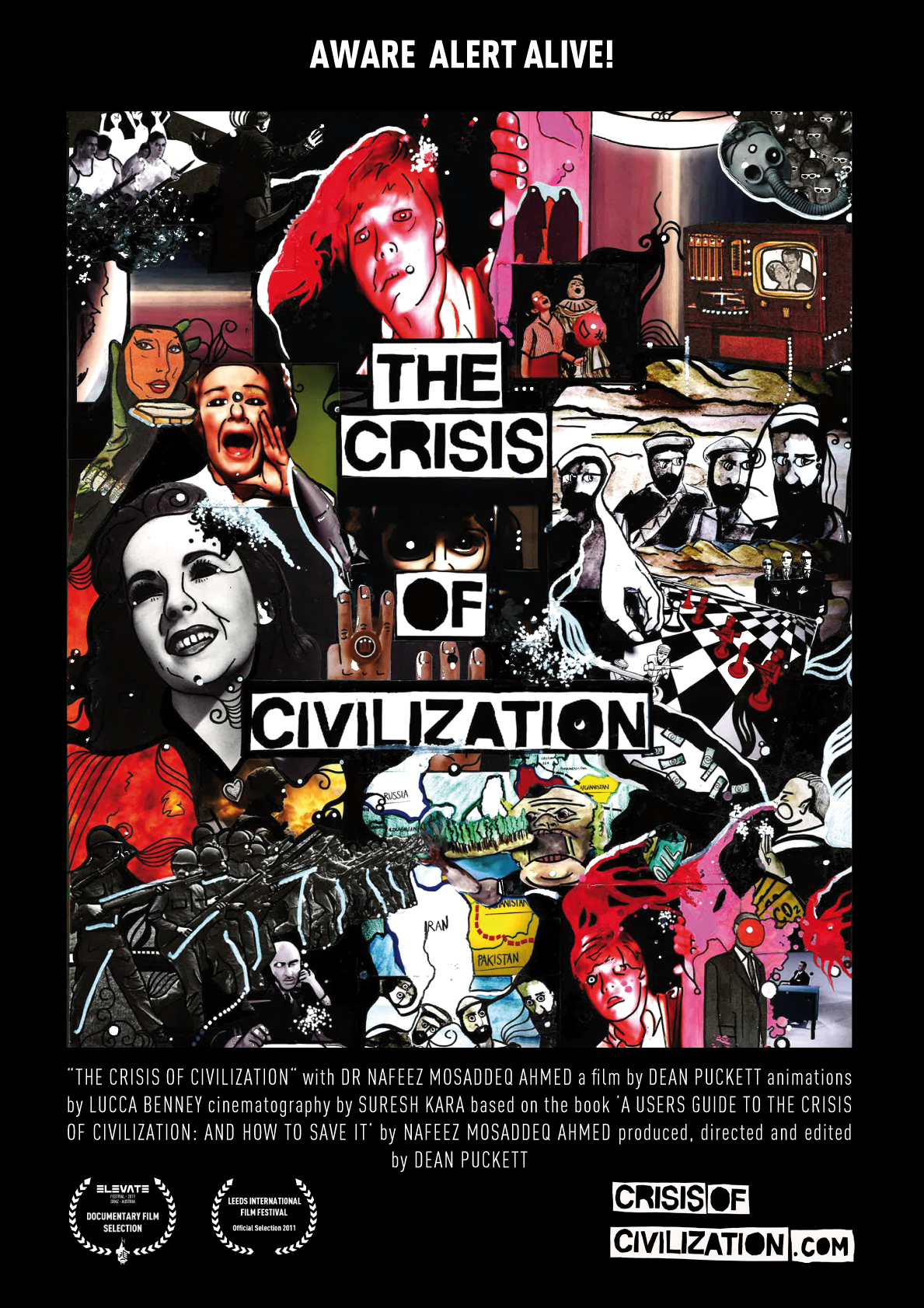 Weaving together archival film footage and animations, film-maker Dean Puckett, animator Lucca Benney and international security analyst Dr. Nafeez Mosaddeq Ahmed – author of A User’s Guide to the Crisis of Civilization: And How to Save It – offer a stunning wake-up call proving that ‘another world’ is not merely possible, but on its way. Like the book on which it is based, the film consists of seven parts which explore the interconnected dynamic of global crises of Climate Catastrophe; Peak Energy; Peak Food; Economic Instability; International Terrorism; and the Militarization Tendency – with a final section on The Post-Peak World. The film reveals how a failure to understand the systemic context of these crises, linked to neoliberal ideology, has generated a tendency to deal not with their root structural causes, but only with their symptoms. This has led to the proliferation of war, terror, and state-terror, including encroachment on civil liberties, while accelerating global crises rather than solving them. The real solution, Nafeez argues, is to recognise the inevitability of civilizational change, and to work toward a fundamental systemic transformation based on more participatory forms of living, politically, economically and culturally.

"this film is necessary viewing, not just for activists but for anyone who’s planning to hang around this planet for the foreseeable future. Yes, I’m looking at you." - Ceasefire Magazine

If you’re interested in putting on a screening of The Crisis of Civilization in your area, we’d love to hear from you! You can find out more about what’s involved in screening the film here, and get in touch with us on our Contact page for further information. You can also find us on Facebook and Twitter. Watch an exclusive Civil Contingencies Act 2004 clip from the film and the Trailer. There's also the recent article Occupy Planet Earth: Resisting the Militarization of State Power by Dr. Nafeez Ahmed plus lots more at crisisofcivilization.com/learning-machine/